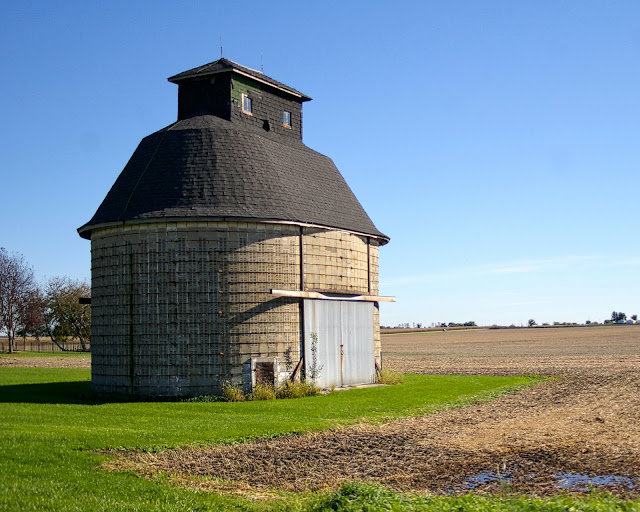 This was taken in rural Illinois, but it reminds my of my grandpa Green's farm in West Texas.

Most of it is gone now. Some of the land still exists, but the animals, the farmhouse, and the stores are all gone. All in the name of progress and the new economy where the big boxes took it all from the little guy and no one shops local anymore.

Here is what is lost. When the oil dried up in that area, jobs were lost and people had families to feed. My grandpa gave out "store credit" knowing they would never be able to pay him back.

He held his own and his books never ran in the red. People were more important than profit margins.

One day, he opened his barn and the simple act of moving the door had his wrist break like a twig. That was when he leaned cancer had ravaged his insides. Even when dying, he kept on giving. He kept sharing his life force and his abundance with whomever he could.

He was full of love.

My middle name is LaFord. It was his first name.

I've told stories of my other grandfather, Eugene.

Both men were not only good men, they were great men. Men of honor and kindness and their strength was in generosity and love and aid to those who needed it.

I used to believe I am not as good as them.

I see now that I am a man who had to learn the value of their path. The path of love.

We all have a heritage. It is not found in property or names. It is in the lessons we were taught. It is the love that flows in our DNA and the tenacity to not give up on yourself.

Remember the best parts of your heritage and honor yourself by living up to the best you that you can be.