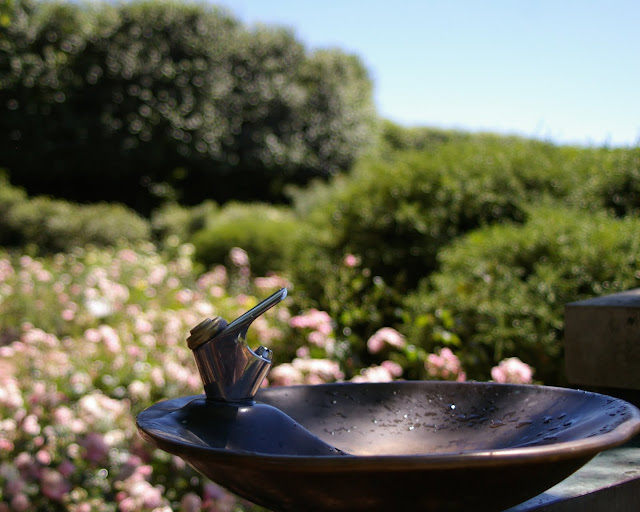 About a week or two ago, I was in the lobby of a museum with an older man. I do not know how old he was, but he was well into his senior citizen years.

He took a drink from the water fountain. When he was done drinking he grinned at me and said, "I remember when we had our first water fountain in town. I was a kid and it was put in the playground. We all lined up to it like it was the greatest invention ever. It was amazing."

It had never occurred to me that there was a time where drinking fountains were not common. What it must have been like to see your first bubbler and drink from it. I told him so.

"Son," he said, "We are surrounded by everyday wonders that were a first discovery for all of us. We have forgotten to be amazed and we take it for granted. I was married once, I took her for granted until we heard that word...cancer. I lost her. We made the most of the little time we had, but I squandered thirty years. Worried about the wrong things. Fooling around. Wishing she were this or that instead of loving all she was. Drinking fountains. Gardens. Electricity. Love. They are around us everyday. Everything is."

I told him that was amazing.

"I have cancer now too," he said. "Water is life and today I'm alive. In a few months I wont. I wasted too many years, but I have today and I just drank from a bubbler and told a young man to live. Archie."

He held out his hand. I took it and gave him my name.

"We are friends now, Patrick. We shook hands. Drink from the bubbler of life, son. Take nothing for granted."

And with that, we walked away to enjoy the exhibits.